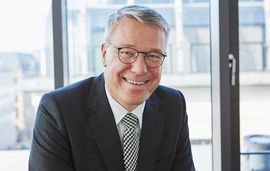 By signing this agreement, a protracted public law litigation between the State of Brandenburg and LBB was amicably settled. LBB had given notice to terminate its shareholding and instituted proceedings with the administrative court of Potsdam back in August 2005. The litigation proceedings revolved around the fundamental question of how to exit a financial institute that is set up as a public institution, including basic issues related to institutional law. The typical bone of contention in this respect is about withdrawal rights and capital compensation to be rendered.

Hengeler Mueller advised and represented LBB in the preceding public law litigation before the administrative court of Potsdam and in the settlement negotiations. The Hengeler Mueller team included partners Wolfgang Spoerr (Administrative and Constitutional Law) and John Flüh (M&A/Litigation).