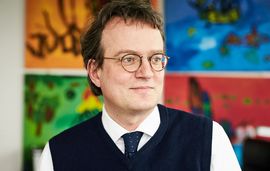 Hengeler Mueller is counsel to Goldman Sachs on the financial restructuring of polypropylene film manufacturer Treofan group in which Goldman Sachs has held a participation since 2005. In connection with the restructuring, it is contemplated that Management & Capitali, a fund of the De Benedetti group, will acquire nearly the majority of the shares in the Treofan group, inter alia through a debt-for-equity swap.