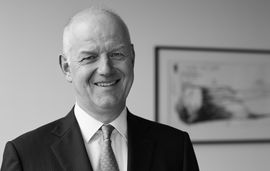 The Cologne based health care company APOSAN Dr. Künzer GmbH (APOSAN) has been sold by its founder and sole shareholder to funds advised by IK Investment Partners. The company is primarily engaged in the production of patient-individual sterile infusions for outpatient treatment. Other areas of activity include the production of patient-individual parenteral nutrition, and of prescription drugs in sterile ready-to-use syringes used for ophthalmic surgeries. The transaction is subject to customary closing conditions.