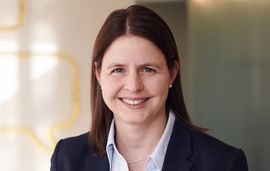 The General Court of the European Union has annulled in a judgement issued on 23 September 2020 the decision of the Single Resolution Board (SRB) on the 2017 annual ex ante contribution to the Single Resolution Fund commonly known as the bank levy, to the extent it affects Portigon AG. This decision was the basis of the order by the German Federal Agency for Financial Market Stabilisation (Bundesanstalt für Finanzmarktstabilisierung) requesting payment of the bank levy from Portigon AG.

In the new judgement, the General Court decided in favour of Portigon based on significant violations of form and procedural rules. In a parallel judgement issued on the same date, the General Court partially annulled the Delegation Regulation (EU) 2015/63 on which the SRB's decisions are based.

In 2019, Portigon AG had obtained a favourable judgement annulling the SRB's decision on the bank levy 2016 for which the SRB has issued a new decision in the interim. Further proceedings against that new decision as well as the bank levies for the years 2018, 2019 and 2020 are pending.