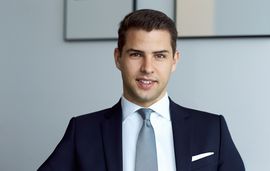 Following the merger between Provinzial NordWest and Provinzial Rheinland, the new Provinzial Group has started operations. With a total premium volume of more than EUR 6bn the insurer is Germany's No. 7 in the P&C and life insurance segment. In building insurance, Provinzial is the second largest insurer in the German market and by far the largest provider among the public insurance companies.

By entry in the commercial register and conversion into Provinzial Holding AG on 31 August, the merger became as planned effective as of 1 January 2020.