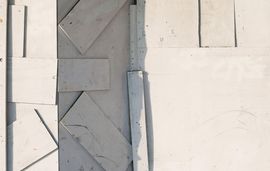 In the course of corporate takeovers, purchasers may inherit substantial compliance risks. U.S. authorities have been particularly active in combating economic offences such as corruption at an international level. Recently, during a keynote address, a senior official at the U.S. Department of Justice (DoJ) commented on how to handle risks of this kind and on the compliance organisation of target companies in connection with M&A transactions. During the address, Deputy Assistant Attorney General Matthew Miner outlined the principles that the DoJ intends to apply in the future when instances of corruption are uncovered in an acquired company. Firstly, the DoJ encourages investments by law-abiding companies, specifically also in high risk countries and industries. Such investors are considered the most capable of uncovering potential compliance problems, engaging in remedial measures and fostering a strong culture of compliance at the target company. However, the DoJ has also recognised that law-abiding companies tend to shy away from the considerable risks of inheriting compliance problems at a target company, which would result in high-risk markets in particular being ceded to investors who have a weak compliance culture. Mr Miner’s speech outlines solutions in this respect from the perspective of the DoJ. Essentially, a clear and reliable framework will be created to handle an “acquired” instance of corruption. Investors will be in a position to entirely avoid sanctions from the DoJ if they comply with the corresponding requirements.

The concept is based on two pillars, the first of which is the FCPA Corporate Enforcement Policy from autumn of last year. According to the Policy, there is a presumption that the DoJ will decline to sanction a company under the Foreign Corrupt Practices Act (FCPA) if the company promptly and voluntarily reports misconduct to the DoJ after its detection, fully cooperates, and enacts swift and appropriate remedial measures. In addition, a payment to disgorge profits from the illegal activities will be required.

The speech by Mr. Miner can be understood to imply that the DoJ demands a thorough compliance due diligence, depending on the particular case. In this respect, it is expressly taken into consideration that a due diligence review, especially of listed target companies or target companies in high risk jurisdictions, may only be possible to a limited degree prior to the acquisition.

The DoJ does not, however, proffer an unconditional exemption from prosecution. For instance, the DoJ reserves the right to impose penalties, in particular, in cases where the misconduct involved high level management, yielded substantial profits, was pervasive, or occurred repeatedly. But even in these cases, a substantially discounted fine will be applied if the relevant company self-discloses, cooperates with the DoJ fully, and enacts appropriate remedial measures.

The second pillar is a procedure that involves a kind of clearance certificate from the DoJ. To this end, the DoJ has reactivated the FCPA Opinion Procedure, which has thus far been seldom used. In the procedure, a specific issue can be brought before the Department for assessment of the lawfulness under the provisions of the FCPA. The DoJ expressly encourages prospective purchasers to take advantage of this procedure in cases of unclear issues that are identified in the course of their M&A due diligence. Prospective purchasers will thereby be provided legal certainty even before making an acquisition. In this context, the DoJ is cognizant of how time-sensitive such transactions are. It offers the prospect of expediting the review to a certain degree, but also points out that committing somewhat more time to the review in advance, particularly in cases of high risk transactions, may be worthwile.

To obtain a clearance certificate from the Department, there is a requirement to completely and correctly disclose the ascertained facts as well as the planned measures. The request is to be submitted to the Department before the bidder undertakes to acquire the target company. If the DoJ consequently certifies that the proposed transaction is compliant with the DoJ’s current practices for combating corruption, the presumption is that the proposed transaction complies with FCPA requirements.

The DoJ intends to be viewed as a partner of business with this initiative. Companies willing to cooperate are assured fair treatment based on transparent criteria and offered the prospect of impunity if they play by the rules. The DoJ is thereby continuing its efforts to make the considerable risks associated with compliance incidents better manageable. In this respect, the Department’s underlying consideration is that excessive corporate penalties harm innocent shareholders, employees and other stakeholders, and must therefore be avoided as a rule.

At the same time, the DoJ leaves no doubt that it will rigorously prosecute individual misconduct. In this regard, there is a continuing focus on individuals, a trend in the DoJ’s enforcement practice which became a formalised policy in the Yates Memo of 2015. According to this policy, companies can receive a cooperation credit only if they also disclose to the DoJ information about the individuals involved in the alleged misconduct. This principle is also addressed in the FCPA Corporate Enforcement Policy.

What does this mean for corporate players in the EU? The DoJ’s efforts to ensure more transparency, legal certainty and manageability in respect of compliance risks are laudable. However, it is problematic that the wording of the FCPA Opinion Procedure seems to relate only to companies headquartered or listed in the United States. Future practice will show whether the DoJ applies the same principles to EU companies as well. Moreover, it should be taken into account that the policies described by Mr. Miner apply exclusively to cases of corruption within the scope of application of the FCPA. It would be desirable if the scope of the FCPA was extended to all prosecution activities within the jurisdiction of the DoJ. Widening the focus, this wish would also extend to the prosecution activities of the attorneys general of the 50 individual U.S. States and of the other governmental authorities.

There is a further related issue, namely the risk of the substantial accumulation of fines, penalties, disgorgement payments and other sanctions by a large number of governmental authorities. This problem, known as “piling on”, was recently addressed by the DoJ. Going forward, in respect of a given compliance incident, the staff of the DoJ is obliged to coordinate not just with other offices and agencies of the DoJ, but also with other domestic and foreign governmental authorities handling the incident. In so doing, the aim is pursued to determine an overall reasonable cumulative penalty by accounting for the sanctions of other governmental authorities. A positive trend in the practice of the DoJ thereby continues, namely to counteract excessive burdens on companies, especially in international cases. For instance, in the VimpelCom case, the DoJ offset a criminal fine of US-$ 460 million by a payment of US-$ 230 million to the Organization of the Public Prosecution Service of the Netherlands. Ultimately, the DoJ’s statement underlines the significance of thorough compliance due diligence in M&A transactions. To the extent that it is not practicable prior to signing, the DoJ’s expectation appears to be that due diligence should be conducted post-closing. From an EU perspective, it is to be expected that these developments will have an impact on the formation of best practices in the M&A market.