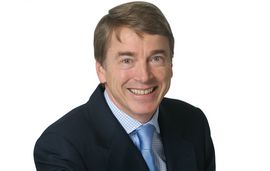 On November 22, 2007, Spain’s Exchange Supervisory Authority CNMV approved the prospectus for the public offering of shares of IBERDROLA RENOVABLES, S.A. - a subsidiary of the Spanish energy provider Iberdrola, S.A. - and for the admission of all shares of IBERDROLA RENOVABLES, S.A. for trading on the official markets of Madrid, Barcelona, Bilbao and Valencia. With an issue volume of up to some € 6 billion, this will probably be the largest IPO in Spain this year and indeed one of the most significant IPOs internationally. IBERDROLA RENOVABLES, S.A. is a company focusing on the renewable energy business. The main area of activity is wind power, in which the company is regarded as a global market leader. The first day of trading for shares is scheduled for December 13, 2007.

Hengeler Mueller has been working on this transaction in an integrated team together with the Spanish partner firm Uría Menéndez, which is lead counsel on the IBERDROLA IPO in Spain.