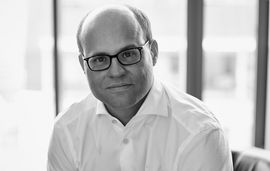 Hengeler Mueller advises Günther Holding group on sale of AIM group and on acquisition of shares of M.A.X. Automation AG

Günther Holding group, Hamburg, concluded a purchase agreement on the sale of AIM group to M.A.X. Automation AG on September 27. AIM group is active in the field of industrial automation.

The closing of the contracts is subject to several closing conditions and is expected to take place in the fourth quarter of 2013.