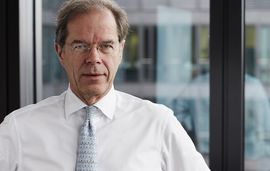 On August 7, 2007 the three majority shareholders of RAG AG – E.ON AG, RWE Aktiengesellschaft and ThyssenKrupp AG, which in total hold 93.5% of RAG´s shares – signed a share purchase agreement to sell and transfer all their shares in RAG to the newly founded RAG Foundation. It is through this agreement that the prerequisites for reorganising coal mining in Germany – with the aim of terminating active mining in 2018 at the latest – have been met. The path has also been cleared for the start of legislative proceedings relative to the coal financing act and, next year, for the proposed stock-market listing of part of RAG´s assets (the so-called "White Assets"), which includes the three divisions Energy (STEAG), Chemicals (Degussa) and Real Estate. This transaction as a whole is considered to be integral to RAG´s future.