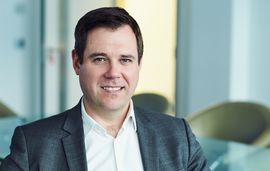 Hengeler Mueller, working as an integrated team with best friend partner firms Slaughter and May (UK), Bredin Prat (France) and Mori Hamada & Matsumoto (Japan), is advising Glory Limited on the German law aspects of its takeover offer to Carlyle and management shareholders to acquire the Talaris group of companies for approximately EUR 780 m.

Talaris is a provider of cash handling equipment and systems. Glory Limited is headquartered in Japan and is listed on the Tokyo Stock Exchange.

The transaction, which was announced on 14 February 2012, is subject to acceptance of the offer by Talaris shareholders as well as to approval by the relevant cartel authorities.