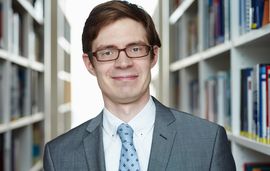 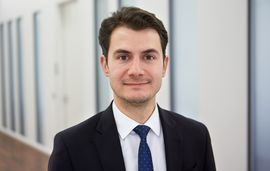 Germany to significantly expand the scope of mandatory FDI filings

On 22 January 2021, the Federal Ministry for Economic Affairs and Energy (Bundesministerium für Wirtschaft und Energie, BMWi) published a draft bill for a further amendment to the Foreign Trade Ordinance (Außenwirtschaftsverordnung, AWV). It will significantly expand the scope of sensitive acquisitions for which a foreign direct investment (FDI) filing is mandatory and FDI clearance a statutory closing condition. It follows several amendments to the AWV and the Foreign Trade Act (Außenwirtschaftsgesetz, AWG) having already tightened FDI screening in recent years (see our newsletters of January 2021, July 2020, March 2020, July 2017). Public consultation is open until 26 February 2021. The proposed amendment will have a substantial impact on cross-border transactions.

The draft amendment notably extends the scope of mandatory notifications and clearance requirements based on the screening factors pursuant to the EU Foreign Investment Screening Regulation (EU) 2019/452 (EUFIS Regulation). The BMWi takes up the broad categories of the EUFIS Regulation (robotics, semiconductors, cybersecurity etc.) and aims to identify specific products and activities of the German target as triggers of notification and clearance requirements. The acquisition of 10% or more of the voting shares in a German entity or of other forms of control (see below) by a non-EU/EFTA investor will also require notification and clearance if the German target falls into one of the additional categories of sensitive targets listed in the draft amendment or the listed sensitive areas under the current regime. In any case, clearance by the BMWi qualifies as a statutory closing condition for acquisitions involving German target companies operating in a sensitive area.

The proposed new sensitive categories include companies which

The amended list will exhaustively enumerate the categories triggering notification and clearance requirements. However, related activities not explicitly covered are likely to be scrutinised closely too during an FDI screening initiated by voluntary filing or at the BMWi's own initiative.

The scope of the sector-specific regime will be expanded to cover acquisitions of German targets that develop, manufacture or modify any military or defence goods in Part I Chapter A of the German Export List (Ausfuhrliste) (currently only certain list items) as well as further defence technologies subject to classified patents and utility models and of German targets that qualify as security-important institutions.

Common provisions for both regimes

So far, the trigger for the German FDI screening of share deals is a specified threshold of 10% of voting rights in sensitive areas (25% in other areas) in a German entity. The draft bill extends this clear-cut concept (shareholding threshold either met or not) to transaction structures in which the foreign investor obtains comparable control of the German company or its management by other means. Pursuant to the draft bill, this may include transactions in which the investor obtains additional board seats/majorities or veto rights that grant the investor influence equivalent to 10% of voting shares in sensitive sectors (25% in other areas). This amendment would blur the line between reviewable and non-reviewable investments.

Under existing law, voting shares are already cumulated with a view to the applicable thresholds in case of agreements on the joint exercise of voting rights. The draft amendment extends this accumulation to other forms of joint exercise, such as the fact that two investors in a German entity are controlled by the same third country. In addition, under the draft amendment also post-closing voting rights agreements independent from an acquisition of voting shares may be a relevant acquisition.

Any additional acquisition above the applicable threshold of voting rights qualifies, in line with the current BMWi practice, as a relevant acquisition that triggers notification and clearance requirements.

Regarding the screening proceedings, the draft bill provides for the option to shift from the cross-sectoral to the sector-specific regime or vice versa during pending proceedings without resetting the clock. The BMWi can require certain reporting on the implementation of mitigation agreements and restrictions, and the draft specifies who can be appointed as monitor.

So far, the draft amendment does not include any grandfathering clauses. Discussions on grandfathering rules are ongoing, including for transactions that will have been signed but not yet closed when the amendment enters into force.

The BMWi draft does not come as a surprise. The government had previously envisaged to expand the sensitive categories requiring notification and clearance. Other EU member states have implemented the screening factors of the EUFIS Regulation into their national laws too.

The BMWi implements these factors at the entry level, i.e. as formal trigger provisions for mandatory notification and clearance. Such formal trigger provisions must be defined clearly. The draft bill fails to do so, inter alia by referring to the broad notion of quantum mechanics, by frequently including the supply of components and by using the indeterminate terms treating and refining critical raw materials. Such legal uncertainties and ambiguities raise even more concerns in light of gun-jumping prohibitions, administrative and criminal fines as well as risk of void transactions without a required FDI clearance. The pending consultation provides opportunities for some readjustment, though major changes, e.g. on included categories of critical technologies, are rather unlikely.

The amendment is currently expected to enter into force in Q2 2021.