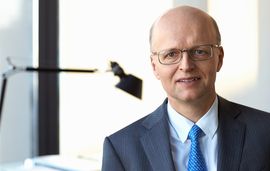 On July 14, 2008 Nordzucker AG, one of Europe’s leading sugar producers, concluded an agreement with Danisco A/S (Copenhagen/Denmark) on the acquisition of Danisco Sugar A/S, in which Danisco Group’s sugar activities have so far been concentrated. The closing of the transaction is subject to the approval by the competent merger control authorities.

Hengeler Mueller has been working on this transaction together with the Copenhagen law firm Bech-Bruun.