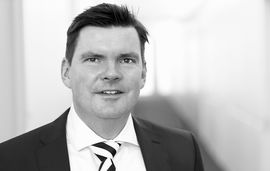 Conergy AG, a Hamburg-based solar company, announced on 17 December 2010 that it has reached an agreement with its lenders on considerable debt relief for the company. Some lenders are to convert their claims into equity. The restructuring package that was developed by the legal and financial advisers of the banks and has now been signed aims to reduce Conergy’s debt by a total of EUR 188 m and thus substantially reduce the interest burden for the company.

As agent and lead manager, Commerzbank has been advised principally by Hengeler Mueller on drafting the agreed restructuring measures, having been counsel to Commerzbank from the earliest stages of the original loan agreements. Legal advice to the consortium banks was provided as previously in close cooperation with Linklaters, led by Kolja von Bismarck.

The agent and lead manager were advised by Hengeler Mueller partner Heinrich Knepper as well as associates Daniela Böning, Nikolai Warneke and Markus Böhler (all Banking and Finance, Frankfurt).