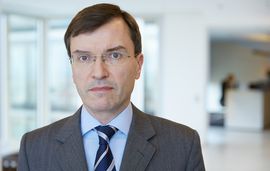 Bank of America Merrill Lynch has arranged a CMBS transaction via Taurus 2015-2 DEU. Bonds in a total amount of EUR 445 m were issued in six tranches to refinance a loan granted to a subsidiary of IVG Immobilien AG and secured by The Squaire located next to Frankfurt Airport.