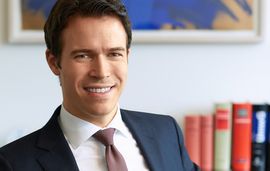 Hengeler Mueller successfully defended Mondelēz Deutschland GmbH (i.a. Milka, Côte d’Or, Toblerone) against three antitrust damage claims brought by the drugstore companies Rossmann and Müller and the insolvency administrator of Anton Schlecker e.K. The claims were based on decisions issued by the Federal Cartel Office (Bundeskartellamt) in January 2013 in which several cartel infringements in the confectionery sector (“Tafelschokolade”, “Vierer-Runde” and “Arbeitskreis der Konditionenvereinigung e.V.”) had been sanctioned. The plaintiffs had accused Mondelēz and other confectionery manufacturers of fixing excessive prices for confectionery in violation of antitrust laws. In total, the resulting claims amounted to approximately EUR 27m.

Hengeler Mueller defended Mondelēz in the legal proceedings and was able to systematically demonstrate, using economic evidence, that the plaintiffs did not suffer any damage as a result of the sanctioned violations. Shortly before the start of the oral hearings scheduled for mid-March, the plaintiffs withdrew the claims.