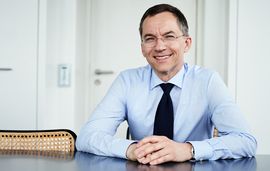 Metsä Tissue, part of Finnish Metsä Group, has agreed to divest its napkin business to keeeper Group, part of Mutares Group. The transaction includes the entire operations at the Stotzheim mill in Germany, including the Fasana and Mondial brands. Closing of the transaction is subject to the approval from the German competition authorities and is planned in the first quarter of 2020.

Metsä Group and Hengeler Mueller have had a client relationship for more than 25 years.