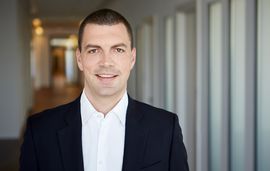 Searches of law firms and the seizure of documents from internal investigations are permissible in Germany unless the law firm’s client is a defendant in the criminal investigation – Non-EU law firms cannot claim fundamental rights under the German constitution
On 27 June 2018, the German Federal Constitutional Court (Bundesverfassungsgericht) decided that the search of the Munich office of a US law firm and the seizure of documents and data relating to an internal investigation pertaining to a subsidiary of the law firm’s client did not violate the German constitution. (1)

While the case against the parent company is being pursued by prosecutors in another German state, the subsidiary and its representatives are being investigated by the Munich public prosecutor’s office. In March 2017, the Munich prosecutors obtained a warrant from the Local Court and searched the US law firm’s Munich office. They seized documents and electronic data pertaining to the internal investigation concerning the subsidiary. An appeal against the search and seizure was dismissed by the Regional Court of Munich.
The parent company, the US firm and three of its lawyers filed constitutional complaints.(2) The Federal Constitutional Court first ordered, by way of injunction, that the seized documents must not be reviewed by the prosecutors until the Court decides on the complaints.  However, now the Court has dismissed the complaints with the result that the Munich prosecutor can use the seized documents in the investigation against the subsidiary.

The Court decided that the constitutional rights of the individual lawyers were not violated. The search and seizure did not concern them personally but only the law firm for which they work.
The US firm’s complaint, however, was also declared inadmissible. The Court argued that the firm cannot invoke the fundamental rights guaranteed by the German constitution. These rights only protect individuals and German legal entities as well as entities form other EU member states. Being a US partnership, the law firm could not invoke the German constitution.
Finally, the Court also rejected the parent company’s complaint arguing that the parent company was not immediately affected by the search, as only the law firm’s premises had been searched. While the Court acknowledged that the parent company’s rights were affected by the seizure of the documents which concerned an internal investigation commissioned by the parent company, the Court found that the infringements of the parent company’s rights were justified and the seizure was lawful.
According to the German Code of Criminal Procedure, documents containing attorney-client communication or attorney work products are only protected from seizure in a criminal investigation if (1) the documents are in the lawyer’s possession and (2) the client is a defendant in the criminal investigation concerned. There is one exception to this rule: With respect to the defense counsel, any defense related communication or documents are protected – regardless of possession.
It had been argued that this concept does not fit a situation where a company has instructed a law firm to conduct an internal investigation, as at that point in time it will often not be a defendant but it might nonetheless become a defendant later. It had been thought that in such cases, where the company’s representatives can have an obligation to conduct an internal investigation, the results should be privileged regardless of the company’s current status in a government investigation, if any. However, over the last few years, several courts have also applied the general concept to this particular situation and now the Federal Constitutional Court has decided that this more restrictive approach is in accordance with the German constitution.
While the subsidiary is a defendant in the Munich prosecutor’s investigation, it is not the client of the law firm which conducted the internal investigation and whose office was searched, but only the parent company is the client. On the other hand, the parent company is not a defendant in the Munich prosecutor’s investigation – the subsidiary is. The Court concluded that the seized documents can be used in the Munich prosecutor’s investigation against the subsidiary and its staff.

According to this decision, law firms incorporated and headquartered outside the EU have no fundamental rights under the German constitution. In fact, this is not limited to law firms but it applies to any foreign entity operating in Germany without a subsidiary established in Germany. However, the Court also said that this might be different in cases where the German establishment of the foreign entity is organized in a way that provides for its independence from the foreign entity. As such, whether or not a German office or branch of a foreign legal entity can invoke rights under the German constitution depends on its organization and independence from the foreign entity. This is not only relevant with respect to the foreign entity’s rights to challenge the court decision before the Constitutional Court. It can also affect the entity’s position in administrative and regular court proceedings, as the interpretation of the law often requires the affected constitutional rights to be considered and balanced. Where a non-EU entity (and its German office) is excluded from invoking constitutional rights, the interpretation of the law cannot equally take these rights into consideration. The foreign entity’s position may therefore be weaker than that of a German entity in the same situation.
With respect to the search of law firms and the seizure of documents connected to internal investigations, the decision has brought clarity – although many commentators had hoped for a different result.
Executives and directors who face a situation where an internal investigation might be necessary will have to take into consideration that the products of such investigation are only privileged under certain circumstances. This has to be considered from the very outset of the investigation. For example, as the Court’s decision has illustrated, the decision as to whether involved subsidiaries will (also) instruct the law firm conducting the investigation can have severe consequences. Further, it is relevant and has to be taken into account whether and at what point a company has the role of a defendant in a government investigation. Finally, the case shows that under German law the authorities’ powers to gather evidence in criminal investigations are very extensive – in particular when it comes to the results of internal investigations. This also has to be kept in mind when deciding whether and to what extent to cooperate with the authorities. Clients should be aware that the decision to cooperate entails a commitment to provide information – in particular within the scope which the authorities could obtain by means of search and seizure.
Finally, the legal framework might change in the near future: The parties forming the current Federal Government have announced in their coalition agreement to create statutory provisions on internal investigations – also addressing questions surrounding privilege, searches and the seizure of documents.