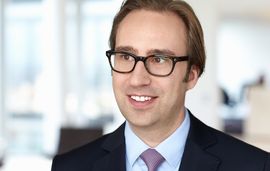 The supplementary threshold was proposed following Facebook’s acquisition of WhatsApp for approximately USD 19 billion in 2014. Despite concerns about the effects of that transaction on the German market, the FCO did not have jurisdiction to review the deal as WhatsApp’s turnover in Germany was too limited to fulfil the current thresholds. The FCO is keen to extend its jurisdiction so that it has the power to review such transactions, in particular in the digital industry, where the target (e.g. a start-up) does not generate sufficient turnover in Germany for the deal to satisfy the thresholds of the current ARC but where the target has extensive innovative capacity, which is reflected in the substantial purchase price paid by the acquirer.

Secondly, co-investment is gaining strength in Germany. A co-investment is made when an investor accepts the fund manager’s invitation to directly buy a stake in one of the vehicle’s portfolio companies.