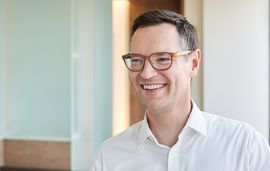 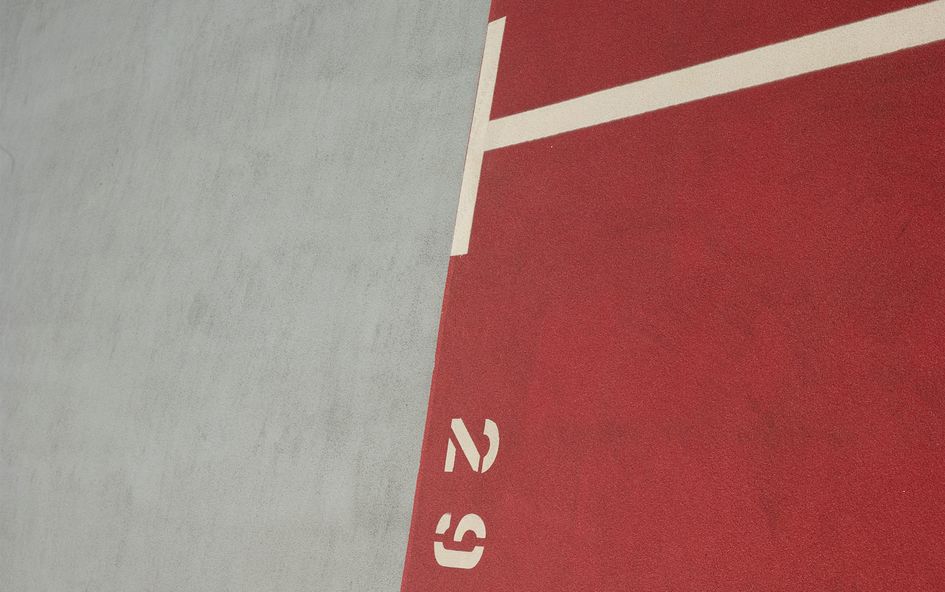 We are observing a shift of the listing boom by so-called Special Purpose Acquisition Companies (SPAC), which has gained further momentum in the US in the last months, to Europe. This article will focus on the structure of SPACs as well as the De-SPAC process and trends. We will also briefly touch upon the differences between the US and European SPAC and De-SPAC process from a transaction cost and regulatory perspective.

2020 was a record year for SPAC IPOs in the US, circa 55% of 2020’s US IPO volume came from SPACs. As of January 2021, there were more than 360 active US SPACs. In Europe, the SPAC trend is also beginning to set off. Recently, Lakestar, a Swiss venture capital firm, launched the first major tech-focused European SPAC at the Frankfurt Stock Exchange and L Catterton, a private equity firm founded by LVMH together with French billionaire Bernard Arnauld, listed a SPAC on the Amsterdam Stock Exchange.

What is a SPAC?

SPAC is a shell company formed by a sponsor for the purpose of raising capital in an IPO. The proceeds of the IPO are usually used to acquire a target company or business within a spec­i­fied period of time (typically 18 to 24 months). Most US-listed SPACs are listed on Nasdaq or NYSE and formed as Delaware corporations, several are formed in non-U.S. jurisdic­tions (in particular the Cayman Islands or British Virgin Islands). In Europe, the major SPACs listed so far are mostly companies registered in Luxembourg or the Netherlands.

The creation of a SPAC begins with a sponsor forming a corporation and working with underwriters to have the SPAC go public in an IPO. Sponsor usually purchases warrants in the SPAC for an amount of cash equal to the IPO expenses (including upfront IPO underwriting fee), plus a specified amount to be held outside the trust account as working capital for acquisition search and day-to-day running of the SPAC and shares of common stock in the SPAC for nominal consideration equal (up) to 20% of post-IPO share count.

Typical Capital Structure of a SPAC

Regarding De-SPAC transactions, i.e., the identification and (indirect) listing of suitable target companies, two trends can currently be observed: US SPACs look more and more to the European market when searching for target companies. In addition, as the SPAC trend has arrived in Europe and Germany, various De-SPAC processed among European/German SPACs and European/German targets are currently being prepared. As the overall (direct and indirect, including post-listing) transaction costs in the US are generally higher than the cost for De-SPACing and listing in a European country, e.g. Germany, and the US post-listing disclosure requirements and overall liability regimes are much stricter than in Europe, target companies will need to evaluate if they prefer a De-SPACing in the US or in Europe. Such evaluation will often depend on the industry the target is active in as we still see more attractive pricing and much higher liquidity on US stock markets (in particular, for tech companies). In addition, pros and cons of De-SPACing vs. a traditional IPO will need to be considered. 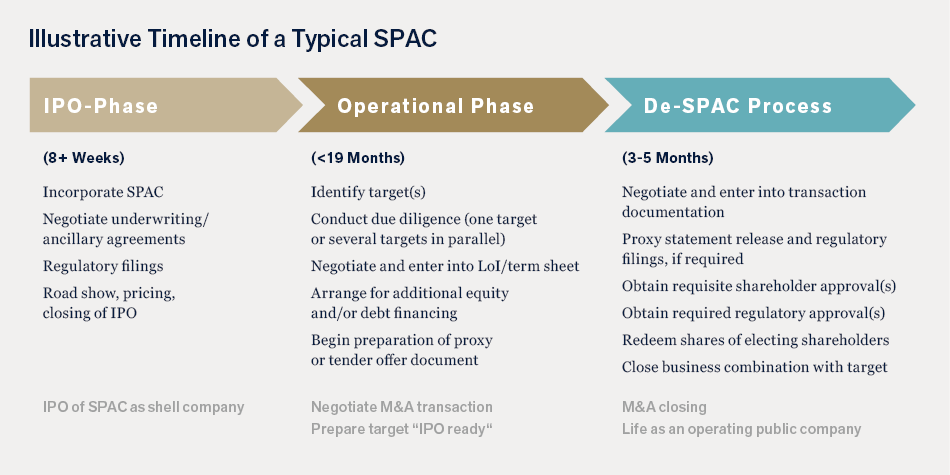 Once a target has been identified for acquisition, the De-SPAC process begins with signing of a letter of intent or similar agreement which typically also includes exclusivity arrangements. In parallel to due diligence and “IPO readiness” preparations, a business combination agreement (BCA) and several ancillary agreements will need to be negotiated. After signing ofthe BCA, the deal will be marketed to current SPAC shareholders and new investors, often combined with a pre-signing PIPE financing and market sounding exercise. The disclosure obligations with regard to the BCA may differ materially in Europe and the US depending on the transaction structure (e.g., cash or share issuance; merger). In addition, the disclosure of forward-looking statements during the marketing and (prospectus) disclosure process is typically more restricted in Europe as compared to the US. As we will likely see more and more De-SPAC transactions in Europe and Germany over the next months, legal grounds for disclosure obligations in connection with the BCA between a SPAC and target company will become clearer.