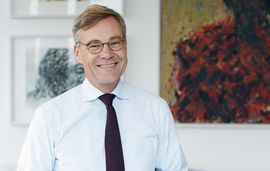 On 17 March 2020, the German Federal Cartel Office (“FCO“) announced that for the moment its operating capacity is ensured. It is still possible to contact the FCO via mail, e-mail, phone, and telefax. In particular, formal submissions can be made via telefax as usual. To ensure continued availability, the FCO also set up new group email accounts for each of its Decision Divisions which are accessible to every official of the respective Divisions.

That said, the FCO stated that for now visits in person are not possible. As an alternative, the FCO will make sure that necessary meetings can be held by telephone conference.

While the FCO has not shut down and seeks to maintain regular operations as good as possible, the authority has encouraged companies and company representatives to consider in each individual case whether or not an individual transaction must be filed right now (in the middle of the COVID-19 crisis) or if there is room to postpone formal merger control notifications. The authority is, for understandable reasons, seeking to limit its workload at the moment and it remains to be seen how it will deal with the usually very high workload in particular in merger control matters.

As regards antitrust, specific changes in law have not been made so far, i.e. the general framework has not been amended (as regards specific rules for the newly introduced Economic Stabilization Fund, please see below). However, the Federal Minister of Economics, Peter Altmaier, has already brought up the possibility of easing regulations due to the current situation and promised to encourage authorities to go easy on retailing companies so that they could cooperate more easily.
The FCO has already publicly underscored its openness for a flexible application of the applicable antitrust provisions, including more leeway for cooperation between competitors. Andreas Mundt, the president of the FCO, explained that the current competition law allows extensive cooperation between companies – if there are “good reasons”. He in particular referred to cooperations between competitors that are active in the retail sector in order to secure the food supply and stated that the COVID-19 crisis presents reason enough even for extensive cooperation between competitors.

This suggests in particular that groceries retailers should be able to enter into agreements coordinating their purchasing activities if this demonstrably serves the purpose of securing supply for e.g. food or other groceries for which shortages appear imminent (in particular due to consumers panic-buying). However, competitors seeking to make use of that leeway should be well aware that they are essentially still working inside the regular antitrust framework and whatever coordination of market conduct they have in mind needs to have a plausible nexus to overcoming detrimental effects or market failures in the wake of the COVID-19 crisis.

However, the statements of the FCO president by no means offer a carte blanche to hardcore cartels without any such link (e.g. price fixing). That is also in line with the recently published joint statement of EU national antitrust regulators who have underscored that they will “not hesitate to take action against companies taking advantage of the current situation by cartelising or abusing their dominant position” (see below for further information on this joint statement).

In general, merger control proceedings before the FCO can currently still take place in a relatively normal manner. The FCO has not announced any changes in terms of the duration of the review period, the beginning of the review period or indeed the possibility to file at all. As mentioned above, however, the FCO, as part of its endeavor to maintain capacities in particular for more complicated cases, encourages companies to postpone filings if possible. Recent experience might be seen as suggesting that the FCO may also seek to achieve the goal of “capacity de-congestion” by granting (very) early termination to uncritical cases. While it is usually quite common that the FCO takes up (almost) all of the entire one-month phase I review period before granting clearance, we have now seen cases which were cleared after around two weeks or even after just one day. It remains to be seen if this is only anecdotal evidence or if we are going to see a greater number of “fast-track clearances” during this crisis.

In addition to these practical aspects, there is already one change to the legal framework as well. This relates to the acquisition of shareholdings in individual companies by the Economic Stabilization Fund (Wirtschaftsstabilisierungsfonds, “WSF”). The WSF has been created in the current crisis with a view to stabilize companies and secure employment. It is aimed at helping relevant major companies of the real economy, in particular having a high number of employees and supply structures. The German legislator has applied to the WSF the legislative framework that had already been used for the Financial Market Stabilization Fund which was created during the financial crisis in 2008 to rescue distressed banks. Notably, in order to accelerate the acquisition of shareholdings in companies by the fund, this legislative framework also includes a provision that the German rules on antitrust and merger control do not apply to the fund. While we would expect the main practical impact of this broad brush exemption to be in merger control, facilitating the acquisition of shares in ailing companies by the WSF, the WSF might also be able to e.g. first acquire a controlling stake in one distressed company and then exert its control rights to have this company coordinate its market conduct with one of its competitors as long as this fits the remit of the WSF. However, it needs to be noted that EU competition law remains unaffected by this provision. Hence, the activities of the WSF can still be scrutinized under Article 101 and 102 TFEU and if e.g. a transaction of the WSF falls within the scope of the EU Merger Control Regulation, an EU merger control filing would still be required (see e.g. the EU merger control proceedings relating to the acquisition of control over Hypo Real Estate by the Financial Market Stabilization Fund, Case COMP/M.5508 – SoFFin / Hypo Real Estate).

Finally, the FCO, as part of the ECN, issued together with other European competition authorities a joint statement on how to apply the European competition regulations in times of COVID-19. The ECN acknowledged that in this difficult and extraordinary situation there might be the need for companies to cooperate in order to ensure the supply and fair distribution of scarce products to all consumers. Therefore, the ECN stated that it would not actively take actions against necessary and temporary measures in order to avoid a shortage of supply.

In case companies are unsure if a cooperation is compatible with EU/EEA competition law, the ECN encourages those companies to contact either the national competition authorities, the European Commission or the EFTA Surveillance Authority for further informal guidance.

At the same time, the ECN underscored the importance of the availability of products which are essential to protect the health of consumers and that these products can be purchased at competitive prices. The ECN therefore made it clear that it will carefully watch the companies’ price setting behavior and will take actions if necessary. Further, it reminded manufacturers of the possibility to set maximum prices for their products.

Germany has set up a very broad state-support package for companies of the real economy (i.e. not financial companies) in response to the Corona crisis. The European Commission is applying two exceptions to the general prohibition of State aid under Article 107 I TFEU, allowing Member States to support their economies during the crisis:

(i)    A legal exception for compensation for damages (Art. 107 II (b) TFEU), according to which State aid to remedy damages caused by an exceptional occurrence is compatible with the internal market. The amount of State aid is limited to compensation for damages directly related to the exceptional occurrence. The European Commission has published a Notification Template for this exception to guide Member States.

(ii)    A discretionary exception for significant disruptions in the economy of a Member State (Art. 107 III (b) alt. 2 TFEU), under which the State aid may also include indirect consequences. Their approval is at the discretion of the European Commission (“balancing test”) and therefore leaves the European level with greater influence on the actions of the Member States. The Temporary Framework for State aid measures to support the economy in the current COVID-19 outbreak (“Temporary Framework”) is based on this exception.

The European Commission has so far approved three aid schemes notified by Germany under the discretionary exception in Art. 107 III (b) TFEU. We expect more notifications for additional frameworks in the near future, including for the Economic Stabilization Fund Act (Wirtschaftsstabilisierungsfondsgesetz). Germany has not yet notified a State aid framework under the legal exception for compensation for damages Art. 107 II (b) TFEU, but is expected to do so. The most relevant schemes in Germany can be summarized as follows:

(i)    a loan program covering up to 90% of the risk for loans for companies of all sizes. Eligible loans may have a maturity of up to 5 years and can reach EUR 1 bn per company, depending on the company‘s liquidity needs;

(ii)    a loan program in which the state-owned bank Kreditanstalt für Wiederaufbau (“KfW”) participates together with private banks to provide larger loans as a consortium. For this scheme, the risk taken by the State may cover up to 80% of a specific loan but not more than 50% of total debt of a company;

(iv)    a scheme for larger companies (turnover >EUR 50m, more than 249 employees, balance sheet >EUR 43m), which basically reactivates the Financial-Market Stabilisation Fund Act (“FMStFG“) from the 2008/2009 financial crisis. Under the structure of the new stability fund WSF, Germany can support undertakings with individual measures such as equity stakes (up to EUR 100bn) or liquidity support (up to EUR 400bn) exceeding the KfW programs. Unlike the KfW programs, this support will, however, often require conditions such as limits or bans on dividend payments, limits on bonus payments, restructuring obligations and the like (similar to what had to be done in the financial crisis), etc.

For cases which do not fit into the abovementioned schemes or which stand out in other ways, a separate notification to the European Commission is possible – also to assure that the measure is in line with State aid rules.