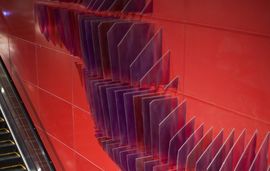 In line with global M&A trends in 2017, high values and low deal count have been characteristic for European M&A activity as dealmakers become more strategic and selective. Europe has seen seven megadeals (> USD 10 bn) in the year-to-date, including four deals above USD 20 bn. This compares to just four megadeals in the first half of 2016, which included the USD 45.9 bn takeover of Syngenta by ChemChina. Four of the top five deals globally in 2017 have targeted Europe, two of which were announced in Q2.

Industrials & Chemicals once again led the way in Europe as it became the most targeted sector by both value and deal count. However, despite the tie-up between Praxair and Linde (USD 45.5 bn), the largest European deal across all sectors in 2017, total deal value in the industry is 19.2% behind last year’s figure of USD 108.6 bn. With 648 deals worth USD 87.7 bn announced in H1 2017, the sector represents 18.2% of the region’s total value.

Hengeler Mueller advised Bosch on the worldwide carve-out of the Starter Motors and Generators division and the subsequent sale in an integrated team with Best Friend law firms Bredin Prat (France) and Uría Menéndez (Spain and Portugal) as well as further leading international law firms.

Groupe PSA and General Motors Co. announced an agreement under which PSA will acquire GM’s Opel and Vauxhall businesses in a transaction valuing these activities at EUR 1.3 bn. PSA, together with BNP Paribas, will also acquire all of GM Financial’s European operations, valued at EUR 900 m, through a newly formed 50%/50% joint venture that will retain GM Financial’s current European platform and team.

Hengeler Mueller is advising PSA on the acquisition of GM’s Opel/Vauxhall together with lead counsel Bredin Prat. The transaction is expected to close before the end of 2017.

Linde AG and Praxair Inc. have signed a Business Combination Agreement on a merger of equals under a new holding company through an all-stock transaction. Hengeler Mueller is advising Linde AG on the transaction.

Pangea GmbH, a Busch SE group company, has published an Offer Document for a further unsolicited takeover offer for all shares in Pfeiffer Vacuum Technology AG following the failure of its first takeover bid. Hengeler Mueller is advising Pfeiffer Vacuum on the takeover attempt.

Fabian Quast (Partner, Berlin) specialises in public law, EU and constitutional law with a focus on regulated industries. He advises and serves clients on environmental and product law in the automotive and energy sectors.

Christian Häußer (Counsel, Frankfurt) advises on collective and individual employment law including the structuring, planning and implementation of employment-related projects as well as ongoing advice.

Everything covered: Braas Monier agrees on takeover by Standard Industries

Braas Monier Building Group (BMBG) is a leading global manufacturer and supplier of pitched roof products, including both roof tiles and roofing components. With its roots in Oberursel near Frankfurt, BMBG has operations in 36 countries, involving 121 production facilities. In 2016, it generated revenues of around EUR 1.2 bn. The holding company is headquartered in Luxembourg, although its shares were listed on the Frankfurt Stock Exchange.

In May 2016, the investment company 40 North acquired a 29.1% share in BMBG. 40 North is part of a US corporate group, as is Standard Industries Inc. An unlisted holding company with approximately 7500 employees, Standard Industries is a shareholder of, inter alia, GAF, one of the largest manufacturers of roofing materials in North America. In September 2016, a subsidiary of Standard Industries made a voluntary public takeover offer to all BMBG shareholders of EUR 25 per share, thereby valuing the Group at EUR 1.9 bn. BMBG’s Board of Directors, however, considered the offer far too low and rejected it by way of an ad-hoc release in advance.

Because Standard Industries was not willing to increase its bid, BMBG announced a capital increase via the issue of bonus shares to its shareholders in late November 2016 to maximise the economic value for all shareholders – an exceptional strategy within a takeover situation. According to Luxembourg law applicable to BMBG, this seemed admissible, particularly as Standard Industries had not explicitly labelled a 10% capital increase as a deal breaker in the takeover offer.

As a result, a complex exchange of legal blows ensued. In early December, Standard Industries initially obtained a temporary injunction against BMBG’s planned capital increase measures. BMBG subsequently filed an application to the relevant Luxembourg Court to revoke the injunction. Before the dispute was heard by the court, both parties eventually reached an amicable agreement in late 2016 on the conditions of the takeover offer.

Hengeler Mueller advised BMBG during the takeover offer. Lead partner Karsten Schmidt-Hern said: "The planned capital increase in the context of European takeover laws and the jurisdictions involved was a complex and brave option, but definitely the best solution for the client and its shareholders in this situation."

Standard Industries agreed to a 10% capital increase and increased the initial offer price to EUR 25.27 per share, 27 cents more than before. Thanks to these measures as well as a special dividend, the value of the offer for BMBG shareholders totaled EUR 28.50. More than six months after the announcement of the public takeover offer, the path was then clear for the formation of a global roofing leader.

On 31 March 2017, the German Parliament adopted reforms to the German Act against Restraints of Competition (“ARC”) containing significant changes to the German competition law regime, with particular regard to merger control. Further amendments will also be made to the law regarding cartel damages actions, cartel proceedings and other areas of competition law, including abuses of a dominant position in digital markets. The amended law, which came into effect on 8 June 2017, will apply across industries.

Under the revised law, the turnover of merged or acquired companies will no longer be the only relevant consideration: A notification to the German Federal Cartel Office (“FCO”) will also be required if the value of the consideration received from the acquirer exceeds EUR 400 m and the target is active “to an appreciable extent” in Germany.

While there are clear advantages in increasing the authority of the FCO so that it can maintain its influence on deals likely to have substantial effects on the competitive landscape in Germany, there is uncertainty about the scope of the new threshold, in particular concerning:

The FCO recently issued guidelines about the application of the new threshold. However, even with additional guidance from the regulator, it is very likely that closer examination of the details will be needed in future for many more cases in Germany.

A number of reforms will also be made to the relevant national law concerning cartel damages actions. The majority of these changes will simply implement requirements of the European Damages Directive. Examples include:

Provisions contained in the ninth ARC going beyond or diverging from what is required by the European Damages Directive include:

The amendments to the ARC and motives behind them are welcome insomuch as they will bring German competition law in line with the requirements of the European Damages Directive, as well as the demands and peculiarities of the digital age. However, it remains to be seen how the new legislation will be applied in practice. There is clearly a need for further guidance from the FCO with regard to the new merger control threshold. Clients should prepare themselves for a period of uncertainty and take into account the need to allow sufficient time in their transactions to address any German merger control issues. Meanwhile, it is unclear what effect the revised provisions will have on future cartel damages litigation in Germany. There are rumours that would-be claimants in some large cases are currently holding back their litigation so that they can take full advantage of the new disclosure rules when they enter into force this year.