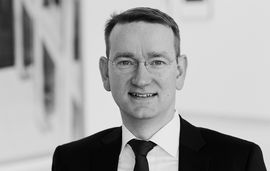 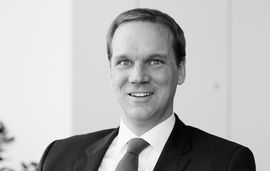 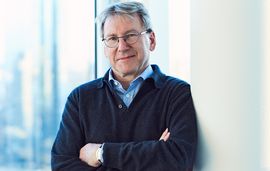 On 22 July 2013, a new legal framework for the distribution of Alternative Investment Funds will enter into force in Germany. After a grandfathering period lasting until 21 July 2014, any form of marketing of Alternative Investment Funds, including private placements, is only permissible upon successful conclusion of a regulatory notification procedure.

By 22 July 2013, all EU Member States must implement the Alternative Investment Fund Managers Directive ("AIFMD" or the "Directive"). The German legislator will implement the Directive by creating an entirely new statute, the Capital Investment Act (Kapitalanlagegesetzbuch – "KAGB"). The KAGB will replace the former Investment Act which transposed the UCITS IV-Directive1 into German law. The German Federal Parliament (Bundestag) approved the KAGB on 16 May 2013. Germany’s second parliamentary chamber, the German Federal Council (Bundesrat), approved the KAGB on 7 June 2013. The KAGB will become effective on 22 July 2013.

New marketing rules: the end of the private placement regime

Marketing is the direct or indirect offering or placement of fund units. Indirect offering or placement of fund units captures the distribution of AIF by intermediaries other than the AIFM itself. Unlike other EU Member States, Germany has not opted to establish a private placement system; the KAGB therefore no longer distinguishes between public distribution and private placement but regulates all forms of marketing of AIF to investors domiciled in Germany. Only the sale of fund units exclusively upon the initiative of the investor is not governed by the KAGB.

As there is no more private placement regime, every active marketing and distribution of non-European AIF in Germany will require prior completion of a notification procedure with the German Federal Financial Services Supervisory Authority ("BaFin"), subject to certain grandfathering provisions.

Non-European AIF’s can only successfully complete the notification procedure if they meet certain requirements. The scope of these requirements depends on the targeted investor group:

The three notification regimes for the distribution of non-EU AIF

(c) Distribution to retail investors
These requirements are significantly more restrictive than for the other two regimes. The non-European AIF must not only be fully AIFMD-compliant but must also comply with product related restrictions imposed by the KAGB for the various types of public mutual funds:

As the current private placement regime will be grandfathered for only one year, it is advisable to start preparing notifications early in order to meet the 21 July 2014 deadline as it customarily takes considerable time to collate all required notification documents.

Non-EU AIF distributed in Germany are subject to certain ongoing regulatory requirements. In case of distribution to professional and semi-professional investors, the following requirements apply:

Which requirements apply to distribution after 2015?

In 2015, European Securities and Markets Authority (ESMA) is charged to submit an opinion on the extension of the concept of the European passport to non-EU AIFM. The outcome of this opinion is still open. If ESMA issues a positive opinion, non-EU AIFM may apply for authorization in a European member state of reference (“MSR”) to market non-EU AIF under the passport system and the national German distribution regime described under I. above will cease to exist10. At present, the German legislator does not intend to make use of the option under AIFMD to let its national distribution regime and the EU passport for non-EU managers co-exist until 2018. In order to continue distribution of non-European AIF in Germany after 2015, non-European AIFM will therefore have to apply for authorization in a European MSR in case ESMA issues a positive opinion.

In order to distribute non-EU AIF under the European passport, the following requirements must be met:The non-EU AIFM must apply for authorization in the relevant European MSR. The relevant MSR is determined by the criteria provided for in AIFMD, i.e. the manager is thus generally not free to select a European MSR;

After 21 July 2014, public and private placements of non-European AIF will require successful completion of a notification procedure to BaFin.

1.
Directive 2009/65/EC of the European Parliament and of the Council of 13 July 2009 on the coordination of laws, regulations and administrative provisions relating to undertakings for collective investment in transferable securities (UCITS)

2.
The functions to be performed by such entity according to Art. 21 (7) – (9) AIFMD must include the following:

3.
See our Newsletter "What Managers of Private Equity Funds must know about the new German Investment Law".

4.
The AIFM must in particular provide prospective investors with certain information on the proposed investment with a minimum mandatory content prescribed by the KAGB. Typical private placement memoranda or offering documents will usually cover at least most of the information required by the KAGB.

5.
The reporting requirements relate, among others, to  the portfolio composition of the AIF and, in case of AIFM employing leverage on a substantial basis, to the level and the sources of leverage. Cf. Art. 24 AIFMD for further details of the items to be reported.

8.
The review period is longer (3-4 months) for non-European AIF which are feeder funds.

9.
The review period is longer (5-6 months) for non-European AIF which are feeder funds.

10.
Under the KAGB, the distribution rules described in section II. above would remain in place if the European passport is not extended to non-EU AIFM.