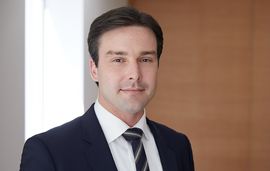 In June 2017, the EU Commission launched three separate antitrust investigations into whether non-exclusive license and distribution agreements of Nike, Sanrio (known for its brand Hello Kitty), and Universal Studios anti-competitively restrict their distributors/licensees from selling merchandising products within the European Economic Area to countries beyond those allocated to them (so-called ‘cross-border sales restrictions’). The EU Commission considers such cross-border sales restrictions as a serious violation of EU competition law as they may artificially maintain separate national markets within the EU sheltered from effective competition.

After having fined Nike1 (EUR 12.5 million) and Sanrio2 (EUR 6.2 million) in 2019, the EU Commission fired a third warning shot: on January 30, 2020, the EU Commission imposed a total fine of EUR 14.3 million on several companies belonging to Comcast Corporation3, including NBC Universal which markets content such as Jurassic World and other famous movies, for unlawful cross-border sales restrictions in their non-exclusive license and distribution agreements.

Over the last few years, the EU Commission has significantly intensified the prosecution of anti-competitive practices in vertical relationships between brand owners and its distributors/licensees, an area that it had previously left more to national competition authorities – the German Bundeskartellamt in particular. One of the driving forces is the increasing expansion of internet sales and e-commerce. However, vertical restraints in traditional brick-and-mortar distribution systems remain equally relevant. While some sales restrictions on distributors may be lawful in exclusive distribution systems if certain requirements are met, other practices may or may not be justifiable depending on the specific circumstances of the case. The EU competition law assessment of vertical restraints can be challenging. At times, there is a fine line between an admissible and unlawful vertical restraint. The key message from the EU Commission’s recent enforce­ment practice for companies employing a distribution system in the EU is that a careful assessment of their contracts and practices is of utmost importance to avoid severe fines.