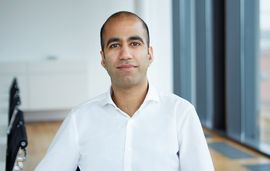 The purpose of this newsletter is to highlight the key legal developments and business trends in Germany and other parts of Europe in the first half of 2019. We have also included a few transactions which we have recently advised on, including the ones where we have worked jointly with our ‘Best Friend’ firms in Europe.

Recently, several listed companies in Germany withdrew their shares from trading on the regulated market (delisting) or at least considered a delisting. Since 2015, in Germany a delisting requires a public tender offer for all outstanding shares and a delisting ap­plication to be filed by the issuer with the management of the relevant stock exchange. Prior to that change of law, the requirements for a delisting have been heavily disputed and there were conflicting judgments by Germany’s highest courts which ranged from the requirement of a resolution of the shareholders meeting together with a public tender offer to no involvement of the shareholders at all.

This was the case in the recent delisting of the MDAX-listed VTG, a leading international wagon hire and rail logistics company headquartered in Hamburg. After a successful voluntary tender offer in the second half of 2018, Warwick Holding GmbH, an indirect subsidiary of funds managed and advised by Morgan Stanley Infrastructure Partners (MSI), held approx. 70.63 % of the shares in VTG. In the subsequent delisting process MSI committed itself to launch a delisting offer and to support a rights offering planned by VTG; VTG in turn agreed to apply for the delisting with the Frankfurt Stock Exchange. Additionally, MSI gave several assurances in the delisting agreement such as not to pursue a domination agreement in the near future and to keep an independent chairman as well as additional independent board members on VTG’s advisory board. After completion of the delisting offer Warwick held approx. 80.7 % of the shares in VTG and the rights offering could be implemented as intended by VTG’s management board.

In addition to the recent case of VTG, there are indications and rumors that other com­panies will go private. An example is Axel Springer SE, one of Germany’s largest and most famous media houses. The major shareholders, the founder’s widow (Dr. Friede Springer) and the long-time CEO (Dr. Mathias Döpfner) hold approx. 45.4 % of the shares and agreed with financial investor KKR on KKR launching a tender offer that was endorsed by Axel Springer SE’s executive and supervisory board as well as major shareholders. Friede Springer and Mathias Döpfner agreed to not sell their shares under the tender offer and will therefore most likely jointly with KKR control the company after completion of the tender offer. KKR reached the minimum acceptance threshold of 20 % after the first acceptance period that ended on 2 August 2019. According to the offer document published by KKR, they aim for a delisting of the company after the completion of the tender offer.

Internal investigations have become firmly established in continental Europe. In Germany, they will gain new momentum in the future while at the same time potential for new con­flicts will arise: Currently, a law is being prepared that is aimed at creating a new proce­dural framework for imposing corporate sanctions. In a nutshell, the sanction system is to be newly designed, in particular by drastically increasing the sanctions and providing incentives for conducting internal investigations.

The envisaged new law, especially its rules on employee protection, will make internal investigations and the cooperation with investigative authorities more complex and more challenging. While to date employees have no right to refuse but to the contrary an obligation to provide information (e.g. on the type and scope of his/her tasks and responsibilities, his/her sphere of work and any observations made in connection with his/her tasks and responsibilities), this will change with the future law. Companies are to receive a cooperation credit, and thus lower sanctions, only in case they grant their employees the right to remain silent in response to any question, if the answer potentially exposes them or one of their relatives to the risk of criminal prosecution.

The planned regulations on employee protection put the company in a dilemma in cross-border investigations, for instance when the US Department of Justice (DOJ) has jurisdiction: Admittedly, the DOJ no longer grants the full cooperation credit only where the company provides complete factual information about the individuals involved. It is now also possible to take into consideration that companies may be unable to clarify the facts in every detail due to a lack of cooperation of particular employees or due to legal circumstances. However, the remaining requirements for cooperation credit continue to be very extensive and at least compel the company to provide explanations.

The planned regulations on employee protection demonstrate the German legislator’s willingness to bring internal investigations more closely to criminal procedural law. This is, for instance, shown by the fact that the right to not provide information is conceptually a right under the rules of criminal procedure that applies to individuals when dealing with governmental bodies and institutions. In contrast, an internal investigation is a process conducted by attorneys on behalf of the company. The background is primarily the company’s obligation under corporate law to identify and analyse past compliance violations.

It is not yet clear when the public legislative process will begin. Internal preparations by the authorities have been ongoing since March 2018. The long preliminary phase allows companies and the legal practice to prepare for the changes.

Legal Tech – Its evolving potential and thirst for education

Falling within the term “Legal Tech” several new software solutions promise the legal profession a more efficient, more secure, and more appealing way of working. Such solutions are, for example:

Legal Tech certainly has the potential to enhance the traditional ways of working in law. However, such technology is not limited to a supplemental role but rather capable of transforming the way we work. Legal Tech offers the chance to break down tasks, to delegate parts to specialised units or to completely outsource tasks into fully automated systems. This transformation is open to the whole legal profession, including law firms, ­in-house legal departments and new forms of alternative legal service providers.

At this moment, this silent revolution is in motion, be it in the review of thousands of documents or the generation of such. In order to master these new tools and extract their full potential it is critical that we understand their capabilities and limitations. In addition, to implement Legal Tech successfully it is essential to understand how existing workflows and responsibilities are altered, making it necessary to guide stakeholders to adopt and embrace processes bringing fundamental change.

Hengeler Mueller pools all Legal Tech initiatives in its Legal Tech Center which operates as a central guide for this transformation. Of significant importance is thereby the role of education. Therefore, our Legal Tech Center provides dedicated Legal Tech and IT Project Management education, for which all incoming Hengeler Mueller associates are automatically registered. This provides for a solid foundation to master the challenges ahead and to ignite further innovation.

July 2019 - LEO Pharma completes the acquisition of Bayer’s prescription dermatology business. The transaction includes the product rights for Bayer’s global prescription dermatology business with the exception of Afghanistan and Pakistan, a production facility in Segrate, Italy, and a total of 347 employees who will join LEO Pharma in addition to the employees who joined from the United States last year. Hengeler Mueller advised Bayer on the transaction.

June 2019 - Axel Springer SE has signed an investor agreement with a holding company owned by funds advised by investment firm Kohlberg Kravis Roberts (KKR) and investment entities controlled by Friede Springer and CEO Mathias Döpfner to create a strategic partnership. In this context KKR launched a voluntary public tender offer at an offer price of EUR 63.00 per share in cash for all outstanding shares of Axel Springer (please see the article on delisting above). Hengeler Mueller advises Axel Springer SE on the transaction.

May 2019 - Linde plc has completed the sale of selected assets of Linde Korea to IMM Private Equity Inc. in connection with the recent merger between Linde AG and Praxair, Inc. and requirements of the Korea Fair Trade Commission. The assets divested include bulk and on-site business in Giheung, Pohang and Seosansites as well as oxygen and nitrogen on-site generators. The purchase price is USD 1.2 billion. Hengeler Mueller advised Linde on the transaction, working together with the Korean firm Shin & Kim.

April 2019 - Deutsche Börse AG has entered into binding agreements on the acquisition of Axioma Inc., a leading provider of portfolio and risk management solutions. Axioma will be combined with Deutsche Börse’s entire index business (STOXX and DAX) to create a new company. As part of the transaction, Deutsche Börse has entered into a partnership with General Atlantic. The transaction is based on a valuation of EUR 2.6 billion for the index business of Deutsche Börse and an Axioma acquisition value of USD 850 million, which will be financed by an investment of General Atlantic. The transaction is subject to approval by the relevant competition authorities and further customary conditions and is expected to close in the third quarter 2019. The combination will create a fully-integrated, leading buy-side intelligence player that will provide products and analytics to meet growing market demands. Hengeler Mueller advises Deutsche Börse on the transaction. Hengeler Mueller works on this transaction in an integrated team together with the New York law firm Cravath Swaine & Moore LLP.

March/April 2019 - Funds advised by KKR have formed an independent German film and media group. The KKR funds acquired four significant targets, together covering the entire value chain from production across licensing to distribution of film and television content. They first purchased Tele München Gruppe (TMG), a leading rights purchaser of international feature films and series with a market-leading library, own production firms and stakes in the TV channels TELE 5 and RTL II, and Universum Film GmbH, a nationally and internationally operating provider of audiovisual media. They complemented the group with the acquisition of i&u TV, a German television production company for information as well as entertainment formats, and W&B Film, one of the leading film producers in Germany. Hengeler Mueller advised KKR on all transactions.

March 2019 - Vitol has acquired a further 50 % of VALT B.V., the bitumen joint-venture it established with Sargeant Marine in 2016. The integration of the business makes Vitol a leader in the trading, storage, and marine transportation of asphalt products around the world, with a dedicated fleet of eleven specialized vessels and hubs in Asia, Europe and the USA. Hengeler Mueller advised Vitol on the acquisition as transaction counsel in an integrated team together with Best Friends law firm De Brauw Blackstone Westbroek (Dutch law) as well as Dykema (US law).

February 2019 - The executive board of VTG Aktiengesellschaft with the approval of the supervisory board has resolved to submit an application to withdraw the admission of VTG’s shares for trading in the regulated market of the Frankfurt Stock Exchange (delisting) on 24 February 2019 (please see the article on delisting above). Warwick Holding GmbH, being the major shareholder of VTG with around 71 % of shares, made a public tender offer of EUR 53.00 to the shareholders which has been successfully completed in the meantime and the delisting has become effective. Warwick Holding GmbH has also successfully closed the rights offering in the amount of EUR 290 million in the second quarter of 2019 to partly refinance the hybrid bond. Hengeler advised VTG on both transactions.

February 2019 - innogy SE has sold its majority stake in innogy Grid Holding to another company of RWE group. The joint venture with Australian infrastructure investor Macquarie operates the largest gas distribution network in the Czech Republic. Hengeler Mueller advised innogy on the transaction.

About the firm’s India Desk

The India Desk advises Indian companies on their business activities in Germany and in accompanying German companies to India. Members of the India Desk regularly visit India to meet corporates, law firms, banks and auditors and also to attend conferences based on different topics like IT and foreign investment in India.