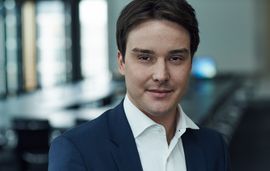 A Series on Competition Policy and the European Green Deal

Sustainability has become one of the key priorities of governments around the world and a hot topic for competition authorities and practitioners. The ambitious European Green Deal sets out the Commission’s commitment to transform the EU into a modern, resource-efficient and competitive economy where there are no net emissions of greenhouse gases in 2050. As outlined by Executive Vice President Vestager: “To succeed, everyone in Europe will have to play their part-every individual, every public authority. And that includes competition enforcers.”1 But how does or will EU competition policy support the European Green Deal?

Competition law policy may, however, be able to complement environmental regulation. Against this backdrop, the Commission has invited stakeholders to provide input in a recent “Call for Contributions” to the debate on whether the existing EU competition law framework poses barriers to supporting the European Green Deal objectives and, if so, how such barriers can best be addressed.3 The Commission frames the debate by stipulating the basic premise that competition generally benefits sustainability: Competition drives innovation in new technologies, which are beneficial for the environment. Further, competition leads to lower prices, allowing for greater “green” investments. Whether such a relationship exists is up for debate – innovation in environmentally harmful technologies and the impact of consumerism on the environment come to mind.

National competition authorities have also put this question their agenda. The German Bundeskartellamt recently invited more than 130 competition law experts to discuss and exchange views on the theme “open markets and sustainable economic activity-public interest objectives as a challenge for competition law practice”. The Dutch Autoriteit Consument & Markt (“ACM”), has moved ahead by publishing a draft proposal for guidelines aimed at providing more legal certainty for sustainability agreements.

Competition Law Framework and Sustainability Benefits
The current debate on the interplay between competition policy and sustainability has also fueled the revival of a long-standing discussion: Should EU competition law even take into account public policy goals such as environmental protection, fair working conditions, or animal welfare? Despite the attractive optics of promoting environmental causes, their place within the EU competition legal framework remains unclear. Multiple possibilities are discussed in academia and by practitioners, as exemplified in the following for the application of Art. 101 TFEU.

Sceptics argue that competition law should generally not allow justification based on non-competition objectives, these being outside the scope of the competition law analysis. Arguments are made and that environmental regulators would be better equipped to enforce environmental production regulation than the competition authorities to balance consumer welfare and environmental objectives. It is worth considering whether it is the place of competition policy to frame consumer preferences rather than ensuring free competition allowing consumers to choose products based on their own preferences. It may be more suitable to address the underlying policy concern by means of regulation which internalizes the external costs associated with unsustainable consumer behavior.

2. Antitrust
The Commission has acknowledged the crucial role of undertakings in realizing public sustainability objectives and encourages them to take responsibility as corporate citizens. Indeed, companies in many sectors have proven in the past their willingness and ability to effectively contribute to making production processes along the supply chain more sustainable, often going beyond mere compliance with regulatory requirements. Such efforts, however, may require bi- or multilateral co-operations among various market participants, including competitors (such as through sustainability agreements or standard setting).

In order to assess and improve the interplay between antitrust policy and the promotion of the objective of the Green Deal, the Commission has called for input regarding inter alia the following issues: Examples of desirable cooperation between firms to support Green Deal objectives that could not be implemented due to EU antitrust risks; whether further clarifications and comfort should be given on the characteristics of agreements that serve the objectives of the Green Deal without restricting competition; what form these should take; whether there are circumstances in which the pursuit of Green Deal objectives would justify restrictive agreements beyond the current enforcement practice.

3. Merger Control
In the area of merger control, the Commission sees room for promoting sustainable development by protecting and encouraging innovation. Room to argue an efficiency defence based on environmental grounds appears to be somewhat limited in traditional merger control analysis. However, to this end, the Commission is reaching out for input on how merger control policy can protect innovation. The Commission’s questions relate inter alia to the following: Are mergers harmful to consumers by reducing their choice of environmentally friendly products and/or technologies? How could merger enforcement better contribute to protecting the environment and the sustainability objectives of the Green Deal?

Outlook - Need for Amendments?
It is yet to be seen whether and how EU competition policy can actively promote sustainability goals. Given the humble goal of preparing a conference in 2021, it is unlikely for the Call for Contributions to become the one turning point in this regard. Given the questions surrounding the role of sustainability in antitrust law and the imponderability of balancing consumer welfare and environmental benefits, the efforts by the Commission at achieving greater clarity are, however, very welcome.

Affected stakeholders, i.e. companies, are particularly interested in how they can promote the environmental and sustainability goals set out by the EU Commission in the ­European Green Deal. Clear antitrust guidelines and safe harbor mechanisms would allow ­companies to avoid lengthy consultation procedures and antitrust investigations. Such tools could include re-introducing the use of comfort letters in individual cases. Any such guidance must necessarily attempt to address under which circumstances anticompetitive effects could be exempted or justified due to environmental benefits.