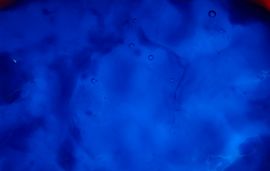 In the referendum on 23 June 2016, the UK electorate voted to leave the European Union. This note provides a brief synopsis of third country rules in key European jurisdictions which may become relevant to firms in the UK after the UK has exited the EU. It focuses on the legal requirements applicable to credit institutions and MiFID investment firms

What has been controversially discussed for a long time has now become reality: In the referendum on 23 June 2016 the UK electorate voted to leave the European Union ("EU").

The decision to leave the EU, commonly referred to as "Brexit", will have significant consequences for businesses and financial markets in both the UK and EU. Unless the UK joins the European Economic Area ("EEA") (which seems unlikely1) or is able to negotiate an agreement with the EU ensuring access to the European market, the UK will become a "third country" for the purposes of much of the European financial legislation. As a result, UK-based firms will likely lose their ability to rely on their "European passport" when providing services on a cross-border basis. The same in principle applies for EU based firms targeting the UK market although this may be affected by the terms of exit still to be agreed between UK and the EU.

Against this background, this short note aims to provide a brief synopsis of third country rules in key continental European jurisdictions which may become relevant to firms operating from the UK post-exit. These rules apply equally to non-EU institutions (such as banks based in the US or Asian countries) which target the European market.

Overview of the European Legal Framework

As a result, a third country firm must, in principle, obtain a licence in the respective member state (and, if required by national law, establish a physical presence) if it intends to provide financial services or conduct banking activities in that member state. There is no "passport" for non-EU/EEA firms which would allow third country firms to provide services throughout the EU using their home-state authorisation. We have summarised the respective third country rules in key European jurisdictions which have to be observed by non-EU/EEA firms in a matrix below.

Under the new MiFID II / MiFIR framework5 (which will apply as from 3 January 2018), third country firms may under certain conditions provide investment services directly (i.e. on a cross-border basis without having to establish a branch or subsidiary in the EU) to eligible counterparties and professional clients if they have been registered as a permitted third-country firm.6

However, this requires that the European Commission ("Commission") adopts a so-called "equivalence decision" confirming that the regulatory and supervisory regime of the third country in which the firm is established is equivalent to the EU’s supervisory regime. Furthermore, (i) the third country firm must be authorised in the jurisdiction where its head office is established to provide the respective services and must be subject to effective supervision and enforcement in its home state and (ii) the European Securities and Markets Authority ("ESMA") must have established a cooperation agreement with the respective competent authority of the third country.7

The respective guidelines and regulatory technical and implementing standards relating to the MiFID II/MiFIR third country regime have not yet been finalised and no equivalence decisions or cooperation agreements have been adopted. There is no deadline for the Commission to reach a conclusion on the equivalence of the regulatory and supervisory regime of the third countries and there is no certainty that the UK regulatory regime would be deemed equivalent.

According to the transitional provisions of MiFIR, third-country firms will be able to continue to provide services and activities in the member states in accordance with national regimes until three years after the adoption of the equivalence decision by the European Commission.8

It should be noted that the MIFID II regime expressly recognises a "freedom of passive service" exemption which applies if a retail client or a professional client established or situated in the EU "initiates at its own exclusive initiative" the provision of an investment service or activity by a third-country firm.9

Under the current MiFID I regime (comparable to the situation for banks under the CRD IV/CRR framework) there is no passport for non-EU/EEA investment firms, which must therefore seek local authorisation to establish a branch / incorporate an affiliate or (if the local laws do not require a physical presence in that member state) provide services on a cross-border basis. The respective third country rules in key European jurisdictions are summarised in the matrix below.

With regard to alternative investment funds ("AIFs"), the Alternative Investment Fund Managers Directive ("AIFMD")10  has set out the basis for a comprehensive passport regime which in principle shall also be available for non-EU alternative investment fund managers ("AIFM"). However, non-EU AIFM will only be able take advantage of the AIFMD passport regime once ESMA has finalised its assessment on the equivalence of the respective non-EU countries.11

In its initial advice published in July 2015, ESMA has assessed the regimes of six non-EU jurisdictions (Guernsey, Hong Kong, Jersey, Singapore, Switzerland and the U.S.) and concluded that no obstacles exist with regard to the extension of the passport to Guernsey and Jersey, with Switzerland expected to remove all remaining obstacles soon. ESMA offered no advice relating to Singapore, Hong Kong or the US, but expressed concerns relating to certain regulatory issues as well as the lack of sufficient evidence required to assess equivalence.12 The final advice relating to the equivalence of the regimes of the USA, Hong Kong, Singapore, Japan, Canada, Isle of Man, Cayman Islands, Bermuda and Australia is expected to be published by 30 June 2016.

As there is currently no harmonised third country regime, non-EU firms which intend to target the European market must observe the local requirements of the respective member states. Against this background, the following matrix provides a brief synopsis of the third country rules which apply in key European jurisdictions.

1.
The legal impact of Brexit will depend on the strategy that is adopted for the UK’s future relationship with the EU. The most commonly proposed models for the UK’s post-Brexit relationship with the EU are: (i) Membership of the EEA (so called "Norwegian" model), (ii) negotiating a bilateral agreement with the EU in order to secure single market access (so called "Swiss" Model) and (iii) total exit of the EU, relying on the rules of the World Trade Organization for trading access.

9.
Art. 42 MiFID II. In this situation the licensing requirements shall not apply. An initiative by such clients does, however, not entitle the third- country firm to market otherwise than through the branch, where one is required in accordance with national law, new categories of investment products or investment services to that client.