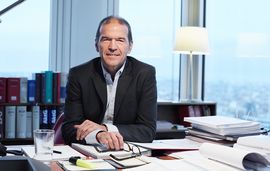 On 17 July 2007, the Higher Regional Court Frankfurt/Main dismissed the appeal of Mr. and Mrs. Kirch and the shareholder Dr. Bohndorf against a ruling of the Regional Court Frankfurt/Main. This means that the legal actions brought by the claimants Kirch and Dr. Bohndorf to have resolutions of Deutsche Bank’s general shareholders’ meeting in 2003 declared null and void will all remain unsuccessful.