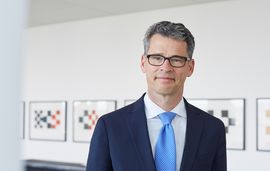 Argos and Varo Energy announced on 28 May 2015 that they have entered into a merger agreement to form a major independent oil company in North West Europe. The enlarged company will combine the downstream activities of both firms, with a workforce of over 1,500 employees (including Bayernoil refinery) and an expected total annual throughput of 16 million m3.

Under the terms of the agreement, the new entity will be owned in equal parts by three parties: the current shareholders of Argos, i.e. private investment companies Reggeborgh and Atlas Invest; global alternative asset manager The Carlyle Group; and international energy and commodities company Vitol. The company will be named Varo Energy. The agreement is subject to regulatory approval and scheduled for completion in the third quarter of 2015.

Based in Rotterdam, Argos is a leading independent trading, storage and distribution company of petroleum products and biofuels, including a network of Argos service stations. The company is active in the Benelux region, France, Germany and Switzerland, and will continue to operate from Rotterdam. Varo Energy, which has headquarters in Zug, refines, stores and distributes oil products in Germany and Switzerland, and owns or has interests in refineries in both countries.