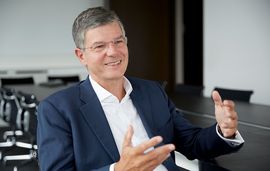 The Wang family, controlling shareholder of Ningbo Jifeng, succeeded with its takeover offer to Grammer AG’s shareholders via its German acquisition entity Jiye Auto Parts GmbH. By the end of the initial acceptance period at midnight (CEST) of 6 August 2018, the total stake in Grammer AG was 74.02 per cent – excluding the treasury shares held by Grammer itself 76.01 percent. The reduced acceptance threshold was 36 per cent.