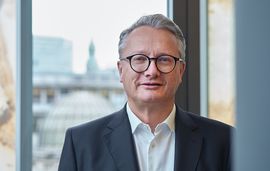 Hengeler Mueller advises RWE on pooling of the renewable energy, grids and retail business areas in a new subsidiary and IPO of approximately 10%

The Executive Board of RWE AG has resolved on the pooling of the renewable energy, grids and retail business areas in Germany and abroad in a new subsidiary and the placement of approximately 10% of the new subsidiary by way of an initial public offering in connection with a capital increase which is expected to take place at the end of 2016. At the same or later point in time, additional stakes may be disposed. By transferring these business areas to the new subsidiary, RWE AG will create new financing and additional growth opportunities for the activities pooled in the subsidiary. The transaction is subject to the approval of the Supervisory Board; the decision is expected on 11 December 2015.