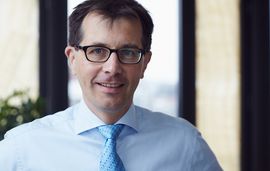 The German Bundesliga football club TSV 1860 München, which has encountered financial difficulties, is currently negotiating financial participation in the club by an Arab investor whose assistance is aimed at securing the licence for the club to play in Germany’s second football league. The draft of the cooperation agreement has been verified by the DFL Deutsche Fußball Liga (DFL) as to its compatibility with the so-called 50+1 clause. This clause regulates the participation by investors in German first and second league clubs. The DFL announced on 19 May 2011 that it believes the main elements of the cooperation agreement to be consistent with the articles of association and league statute of the League Association.

Hengeler Mueller has advised the DFL on the legal review of the cooperation agreement. The Hengeler Mueller team included partner Georg Seyfarth and associate Ingo Strauß (both Düsseldorf).

Hengeler Mueller frequently advises on association and contractual legal issues in the field of professional sports, particularly in the context of national football leagues.