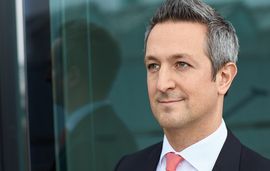 On 29 January 2015, the extraordinary general meeting of ADC African Development Corporation AG resolved a squeeze-out resulting in the transfer of the minority shareholders' shares to the majority shareholder Atlas Mara Beteiligungs AG, a holding company indirectly held by London listed Atlas Mara Co-Nvest Limited (Atlas Mara). Hengeler Mueller is advising Atlas Mara on the transaction as on the voluntary public takeover offer (by way of an exchange offer) for all outstanding ADC shares last year. Thereby Atlas Mara further expedites the integration of ADC; little more than five months lapsed between the closing of the offer and the resolution upon the squeeze-out.

ADC is a German open market listed, emerging pan-African banking group with a strong footprint in Southern Africa via BancABC. ABC Holdings Limited is the parent company of a number of banks operating under the ABC brand in Southern Africa. In the course of the valuation of ADC in the context of the squeeze-out, shareholdings in six African countries were to account for.