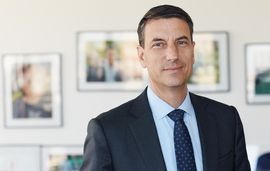 On 31 October 2014, Hella KGaA Hueck & Co., one of the world’s leading suppliers of lighting and electronic components for the automotive industry, announced its going public in an innovative and tailored structure. The transaction is split in two placement steps: In a private placement the company has placed about 11.1 million shares with selected institutional investors and family offices at EUR 25 per share. With this transactional step HELLA meets the requirements for a listing of its shares at the regulated market segment of the Frankfurt Stock Exchange (Prime Standard) and the Luxembourg Stock Exchange.

In addition, in a further private placement under a bookbuilding up to 5.75 million shares currently held by family shareholders will be offered. This additional transactional step aims to broaden the shareholder base and further increase the freefloat. Trading of the HELLA shares at the stock exchange is expected to start on 11 November 2014.

Hengeler Mueller worked on this transaction in an Integrated Team together with Bonn & Schmitt (Luxembourg) and Cravath, Swaine & Moore (US aspects).