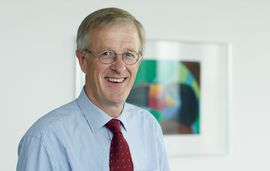 E.ON AG and the three other major power supply companies RWE, Vattenfall and EnBW as well as the operating companies of nuclear power stations in Germany have concluded an agreement with the Federal Government in connection with the proposed lifetime extension of nuclear power stations on the payment of so-called subsidy fees to be paid out of the profits which will be realised by extended lifetime of nuclear power stations. For the years 2011 until 2016, EUR 1.4 bn will be advanced, thereafter from the year 2017, EUR 9 per produced megawatt hour. The payments will be effected into a subsidy fund, which will be implemented by the Federal Government in parallel to the law relative to lifetime extension, to support projects in the field of renewable energy.

Hengeler Mueller advised the managing board of E.ON AG on corporate law issues relating to the conclusion of the agreement as well as to the implementation of the subsidy fund agreement within the Group and relative to third parties. The Hengeler Mueller team included partners Matthias Blaum (Düsseldorf) and Hans-Jörg Ziegenhain (Munich) as well as associates Jörn-Ahrend Witt and Simon Link (all Corporate).