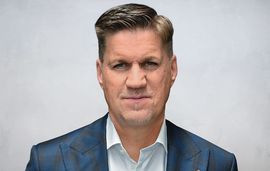 TenneT TSO GmbH, transmission system operator for the German North Sea region, the Norwegian power grid operator Statnett and KfW IPEX-Bank on behalf of KfW have concluded a cooperation agreement to develop and construct a subsea cable between Germany and Norway. The high voltage direct current interconnector will enable energy to flow between Germany and Norway and help improve the distribution between the two nations of energy in particular generated through renewable sources. The integration of the Norwegian and German electricity markets, which thus far are not connected directly, will ensure greater grid stability in the two countries, increase market efficiency, and stabilize prices between seasons.

The interconnector project comprises an investment volume of approximately EUR 1.5 - 2 bn. It thereby contributes to the success of the German energy turnaround. The three-party agreement provides for a 50:50 partnership between Norway and Germany. Norway's state-owned Statnett will own 50% of the project. On the German side, KfW and TenneT will jointly own 50% of the project via a newly established project company. The target is to commence operation of the cable late 2018.