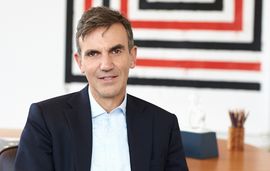 Hengeler Mueller has advised the MSREF VI funds managed by Morgan Stanley on the sale of a majority stake in Sony Center at Potsdamer Platz in Berlin to National Pension Service of Korea. The MSREF VI funds had been the 92.5% majority shareholder. The transaction was structured as a share deal.