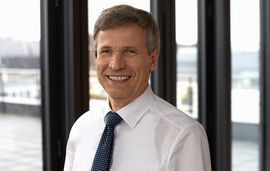 Distribuidora Internacional de Alimentación, DIA, headquartered in Spain, has announced to acquire the operational business of Schlecker Group in Spain and Portugal consisting of a commercial network of 1,127 stores in Spain, 41 stores in Portugal as well as four distribution centres.

Hengeler Mueller has advised DIA in an integrated team together with the Spanish law firm Uría Menéndez.